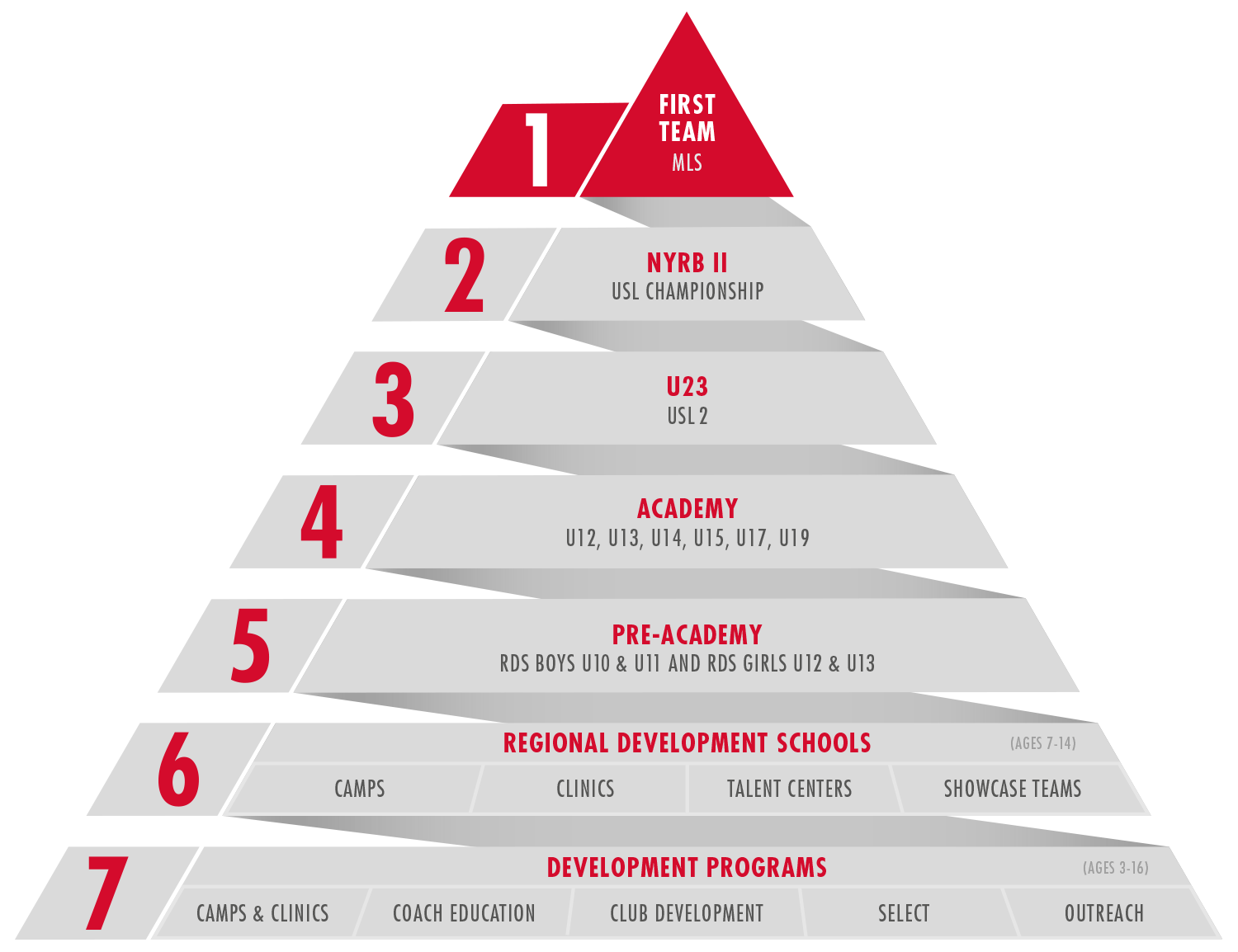 Accessible strictly subject to try-out, participants in the LIJSL RDS earn eligibility for Red Bulls Showcase Teams, and consideration for the Pre-Academy teams. Truly outstanding candidates will have the opportunity to train with, and try-out for Red Bulls Academy, one of the leading Development Academy clubs in the nation.

In the fall of 2019, Connor Maurer became the first graduate of the LIJSL Regional Development School to represent New York Red Bulls on a semi-professional basis, when he debuted for Red Bulls 2, of the USL.

Connor began his journey to the pros in 2009, as a seven year old participant in the LIJSL RDS. While playing for his hometown club of Levittown, he also played with the RDS Winter and Summer Showcase teams on a supplementary basis, before representing Red Bulls Academy at every age group from U12 through U19.

His story is one of hard work and dedication, and shows what is possible for the countless talented players in Long Island Junior Soccer League. As a proving ground for some of the best players in the area, the LIJSL RDS looks to provide the platform to identify and develop the Red Bull stars of tomorrow.

Learn More About The Red Bulls At The Links Below:

This website uses cookies to improve your experience while you navigate through the website. Out of these cookies, the cookies that are categorized as necessary are stored on your browser as they are essential for the working of basic functionalities of the website. We also use third-party cookies that help us analyze and understand how you use this website. These cookies will be stored in your browser only with your consent. You also have the option to opt-out of these cookies. But opting out of some of these cookies may have an effect on your browsing experience.
Necessary Always Enabled
Necessary cookies are absolutely essential for the website to function properly. This category only includes cookies that ensures basic functionalities and security features of the website. These cookies do not store any personal information.
Non-necessary
Any cookies that may not be particularly necessary for the website to function and is used specifically to collect user personal data via analytics, ads, other embedded contents are termed as non-necessary cookies. It is mandatory to procure user consent prior to running these cookies on your website.
SAVE & ACCEPT